Patent N 2223875
The name of the patent on the documents – “A car with a sliding door”
Priority of September 21, 2001
State Register of Inventions of the Russian Federation


In my proposal, the car doors slide on the surfaces of the cylinders, and the cylinders (as geometric concepts) two. They are coaxial, located along the car and one of them is slightly larger than the other (so that the doors do not touch each other when sliding). The above roller served as the basis for the patent application, it only revealed the movement of the doors, their sliding is remembered. Since the remaining volumes are quite conditional, we are not talking about a new image.

The animations of the two subsequent rollers are well modeled, the wing doors have formed a new image that will protect its specialty for quite a long time.

Especially I want to say about “Yo-mobile”. My idea was purchased and was embodied by another designer. At the same time, the “new image” is gone: the modeling of the form from the 80s, the stunning color and the incredible glazing area completely erased the novelty given by the sliding doors proper. The sample was shown at the Frankfurt exhibition (2013), but among other “pretty” small cars did not cause due resonance. 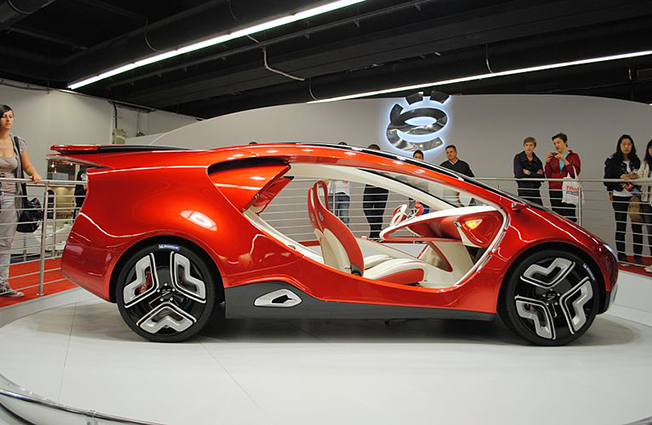